New Silk Road freight train is part of China’s Belt and Road initiative – one of the largest economic developments ever planned. Covering more than half the world’s population, across 65 countries and 30% of the global economy, it is a key pillar of the country’s Going Global strategy.

Despite this legacy, rail has historically seen significantly less interest than the ocean when it comes to transporting goods to and from the Asia Pacific region. That is all changing. Over the last few years, there has been increased usage in the New Silk Road, a usage that has skyrocketed in the past few months. In July 2020, more than a thousand trains, transporting in excess of 110,000 containers, left Chinese cities bound for destinations in Africa and Europe.

That’s a 68% year-on-year increase. It’s also an astonishing rise when one considers that just 200 trains left China for the West in the whole of 2015.

Demand is such that even carriers such as Maersk are making use of it, deploying their own rail services to capitalize on the opportunity. So, what’s caused this boom, and what does it mean for businesses needing to get their products from East to West (and vice versa)?

As with so many disruptions to the status quo this year, the coronavirus pandemic has played a significant role.

With Asian countries recovering quicker than elsewhere in the world, demand for goods to be both exported and imported rose, putting pressure on existing ocean freight capacity. At the same time, planes were grounded, impacting air freight capacity, while border crossings and ports have all seen an increase in restrictions, delaying the fast movement of goods.

In this context, rail has emerged as a viable alternative, offering faster transit times than ocean vessels, particularly for the movement of medical equipment from China to Europe. It is even attacking sea freight’s traditional strength, price, thanks to government subsidies.

The Silk Road freight train: An opportunity with challenges

It all adds up to a fantastic opportunity for shippers. They are no longer simply stuck choosing between different ocean carriers when looking for a direct route from key manufacturing and sourcing regions to destinations. They can now bring rail into the mix.

This is a really important point – as we’ve highlighted before, continued disruption has wreaked havoc on over-optimized supply chains. This means businesses need to have alternatives, both in terms of sourcing locations and transport networks. An improved rail network from China is exactly what supply chains need in order to develop that resilience we have previously called for.

That’s not to say there aren’t challenges.  A boom in demand has led to fears of capacity crunches and congestion. While trains are getting longer (with the number of shipped containers growing at a faster rate than the number of new trains being deployed), there have been reports of delays of up to five days on some routes.

There’s an argument that as capacity matches demand, these will ease – all areas of logistics suffer from these sorts of challenges at different points of the year, whether it’s port congestion or road haulage in the peak season.

However, there’s also the fact that cargo is exposed to extreme temperature while traveling overland. Plus security is an issue – while rail freight is subject to the same stringent customs controls as other modes of transport, the fact is that a container on land (whether road or rail) is more at risk of hijacking or theft than one tucked into the middle of an 18,000 TEU vessel.

Keeping your rail freight on track with a clearer visibility

How do shippers combat these threats and incorporate the New Silk Road into their logistics and supply chains?

As noted above, part of it means having a resilient supply chain – to be able to integrate new routings or sourcing locations, you need timely, accurate data that you can analyze, draw insights from and make decisions with. Political disturbance halfway along your preferred rail route? Switch to ocean freight for that shipment. Ships continually delayed going through the Suez Canal? Bring back rail.

You’ll get some of this intelligence from publicly available sources; others, you can only get by having a clear understanding of where your cargo is. At the moment, this is a gap for rail freight – tracking services remain significantly underdeveloped when compared to the sort of solutions available for maritime shipments.

So shippers shouldn’t rely on operators to provide them with real-time, accurate updates on both the location and state of the train and its cargo. They need to look at their own solutions. That means combining IoT sensors, placed on containers, and connected to a cloud-based analytics platform, enabled by Big Data and artificial intelligence. That way, you get data from wherever your shipments are to wherever you are, allowing you to make decisions rapidly.

Having cargo monitoring and tracking solutions in place will also allow you to rely on dynamically updated Estimated Time of Arrival (ETA) updates that are the basis for planning further activities. Thanks to real-time cargo monitoring you can keep track of your cargo all along the Silk Road, get notified when cargo reaches checkpoints, handover points, and specific rail terminals. Additionally, you can monitor cargo conditions such as temperature, humidity, shocks as well as cargo security through monitoring door openings and intrusion.

The New Silk Road offers shippers significant opportunities to build more resilient supply chains and, ultimately, ensure that the cargo reaches its customers in a timely manner. However, to use it successfully demands that they fully integrate the new with the old – in this case, harnessing the power of digital tracking tools with a thousand-year-old trading route.

It is only through the deployment of IoT and cloud analytics that shippers can ensure they enjoy the full benefits of a fast, cost-effective route from one market to another.

How to choose a supply chain visibility provider? 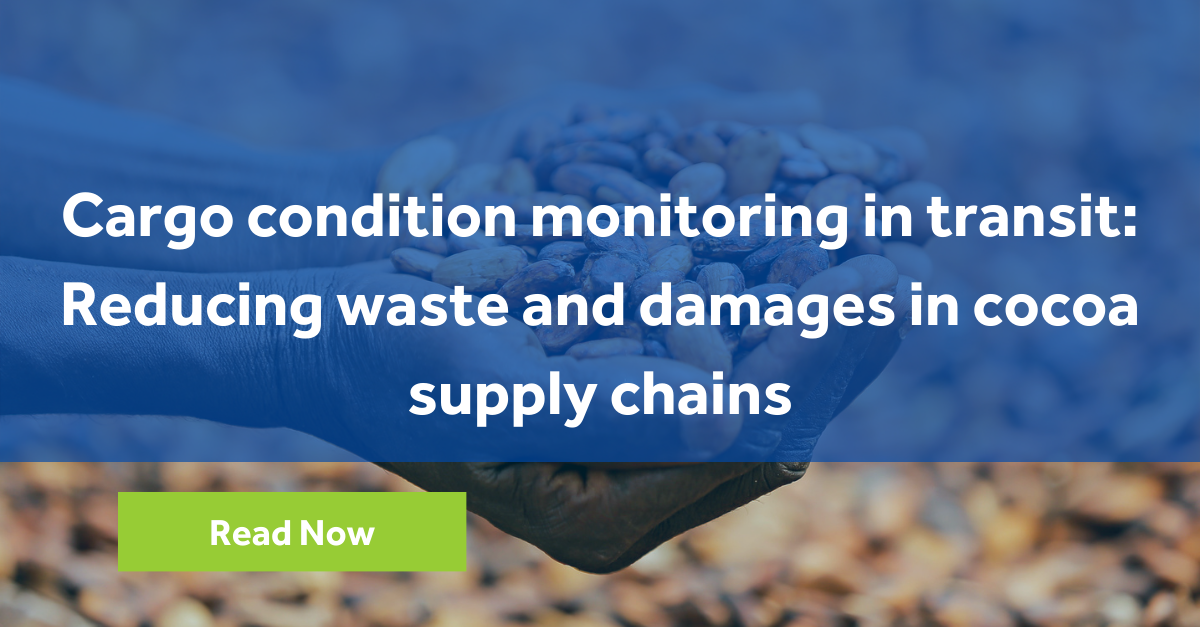 Have you done enough to optimize your automotive supply chain?