Cargo Theft: An unavoidable problem within your supply chain

What is Cargo Theft?

Cargo Theft is defined as the criminal taking of any cargo as the products pass through the global supply chain. The products moving between the point of origin and the final destination are being exposed to exploitation by creative and highly motivated theft gangs. This presents a unique and difficult challenge to manufacturers, suppliers, terminal operators, third-party logistics providers, and logistics & transportation providers. This could also include physical theft or cyber theft or documentation fraud, where the ownership, destination, or contents of a cargo shipment is altered.

In our global ever-expanding economy, supply chains are often spread across countries, regions and continents. Today, the supply base of many companies has become global, more outsourced and interconnected than ever before. Volatility in the economy, fluctuating commodity prices, and increased economic crisis worldwide demand for black market goods and hence the increase of cargo theft.

Where is Cargo theft mainly observed?

The shortest answer is everywhere! According to CargoNet’s recent report, consumable goods for e.g. electronics items, food and beverages make up the largest share of overall stolen cargo value followed by household goods, and building materials.

Summing the general results, Cargo theft is a $15 to $30 billion-dollar problem each year in the United States. The average loss value recorded per incident was $254,800, with food and beverage being the most targeted. As per Sensitech and Cargonet joint report from 2018, quarter 1, a total of 159 cargo theft events have been recorded in the U.S. and Canada. The firm adds that 98 trucks and 119 trailers were reported stolen during the quarter. An overview of how extensive cargo theft is across the United States can be visualized in the graphic below from Cargonet. 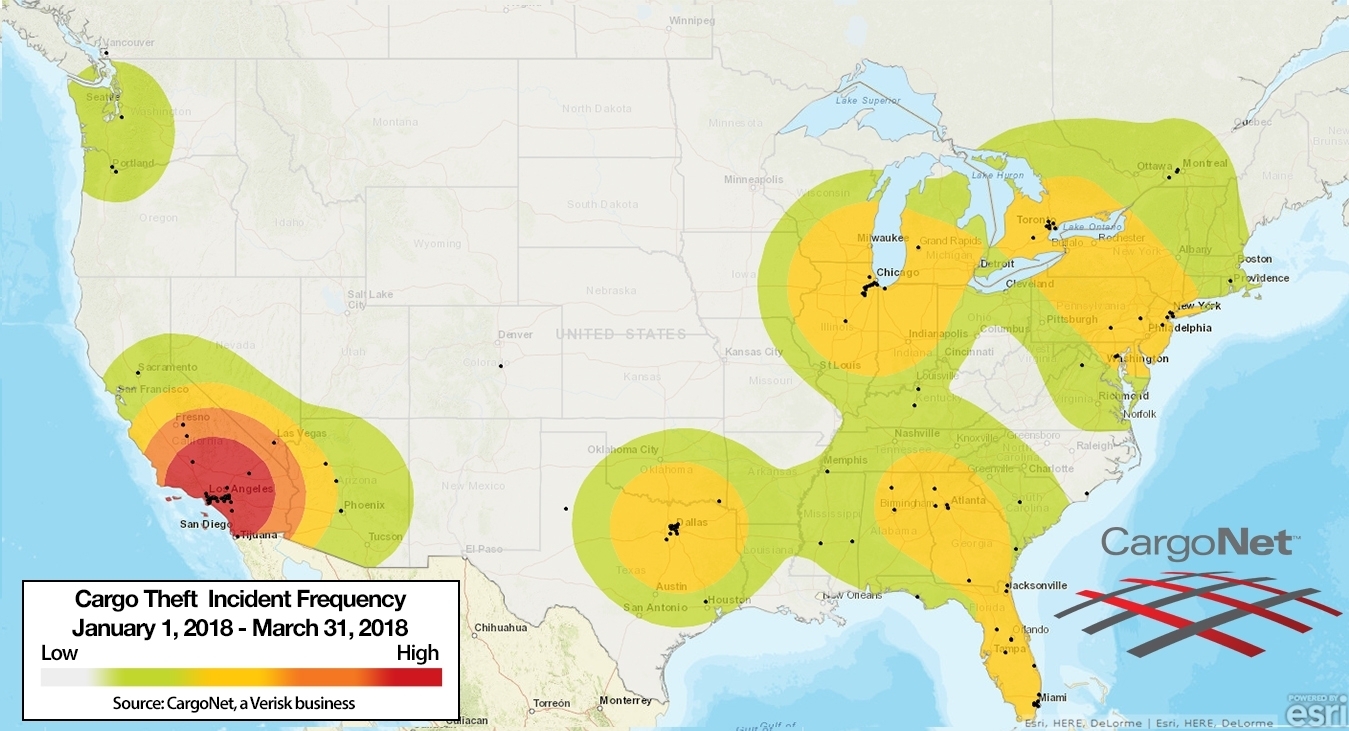 Year-on-year analysis for recorded incidents shows 382 cargo crimes in the United Kingdom in Q1 2018, 57 crimes in the Netherlands, 34 incidents in Sweden. The crime with the highest loss value in Q1, 2018 was the loss of car parts from a truck while it was en-route in Romania, which reported a loss value of €2,017,440. This was one of the two seven-figure losses in the quarter. The other also involved the thefts of car parts – multimedia control units and shock absorbers – worth €1,900,000, which were stolen after a driver left his loaded vehicle unattended on an industrial estate in the German state of North Rhine-Westphalia over a weekend in January. Overall, the UK, Netherlands, Russia, Sweden, Germany, France and South Africa accounted for 572 or 92.2% of all recorded cargo crimes in the EMEA region in the first quarter of 2018.

While records estimate cargo theft’s costs to be tens of billions of dollars worldwide, it is difficult to calculate the exact figure as most of these crimes often go unreported. Given the choice between recovering their stolen cargo or being made financially whole, most cargo theft victims would likely choose the latter to avoid quality control issues. Stolen food products or any perishables or pharmaceuticals, for example, if maintained in wrong temperature-controlled environments, create a potential for a serious health crisis if the recovered product is sold.

Another possible reason for unreported cargo theft is negative public perception or reputation. A carrier could lose current or potential customers with a fear that the company was involved in the theft or does not have proper security standards and protocols in place. 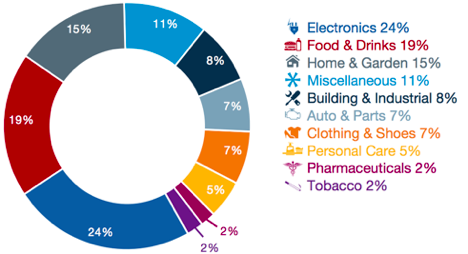 When is Cargo being stolen?

Cargo at rest is cargo at risk. Thus, thieves take advantage of weekends and holidays when more cargo is at rest and unattended.  Nearly half of all cargo thefts occur between Friday and Sunday, with Friday being the most common day for theft. Also, Friday afternoons, when companies are most pressured to get freight off the dock, may present the highest risk of falling victim to this strategy. The thieves hope the stress of getting the freight moving may lead to less scrutiny of credentials at pickup. Compared to regular weekends, holiday weekends see more thefts according to Freightwatch, which reports organized crime rings are more active during these times.

How can you prevent Cargo Theft?

Cargo theft is an international problem affecting consumers and businesses alike. Cargo theft being around every industry, around the country and along with all the transportation modes, companies need to take due care to prevent thefts. Companies can take a number of actions to improve their chances of preventing cargo theft. Using high-tech devices to locate stolen vehicles or simple, low-tech padlocks on trailer doors can deter theft.

Cargo security by Arviem’s monitoring solution gives you a real-time overview and updates about the GPS position and condition of a shipment in transit. It also reveals any deviation from a predefined route. Recording intrusion through monitoring light intrusion as well as door status (door open or close) in combination with GPS position within or outside of geo-zones or geo-fences, reliably reveal security incidents instantaneously when they happen. Learn more here:

Would you like to learn more about cargo security?